I have to say that I love working in a studio..
And I was so fortunate last year, because I was a student in one art school (Pekka Halosen akatemia) and photography was one of the things that we studied, ofc, we also had studio lessons (how to use different lights, etc.. Basic stuff :D) and after we had gone through all the studio lessons we could use the studio how we wanted and when we wanted! :D It was great! :)
I was pretty stupid, because I used it only couple of times..
But I think that I did get some really neat photos in there~
Both real times that I used the studio (yes, I only used it for 2 times, stupid, stupid me) my models were my friends :) And awesome cosplayers too~ :)
First pics are of YumiKoyuki and her cosplay is Chidori Yoshino (from Shin Megami Tensei Persona 3)~
Enjoy~ 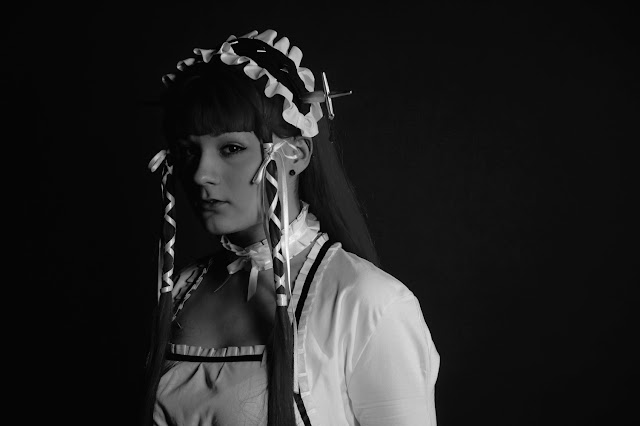 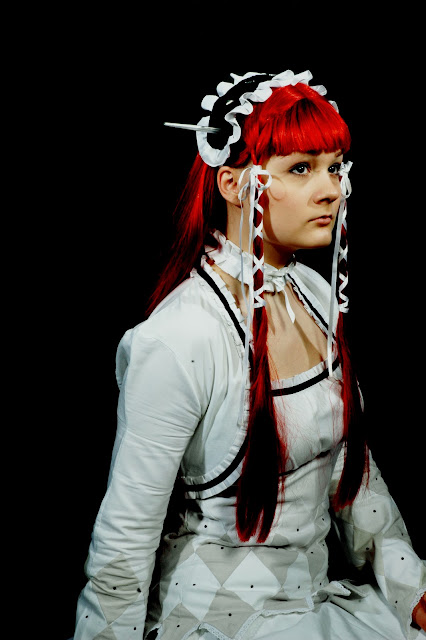 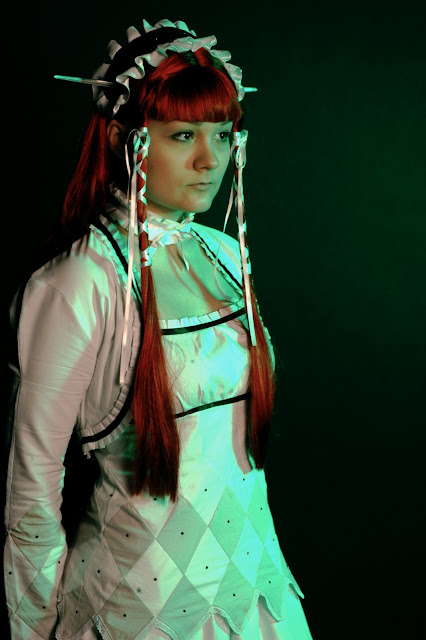 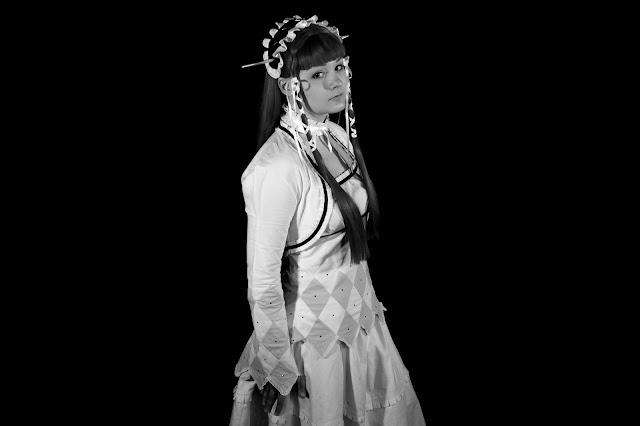 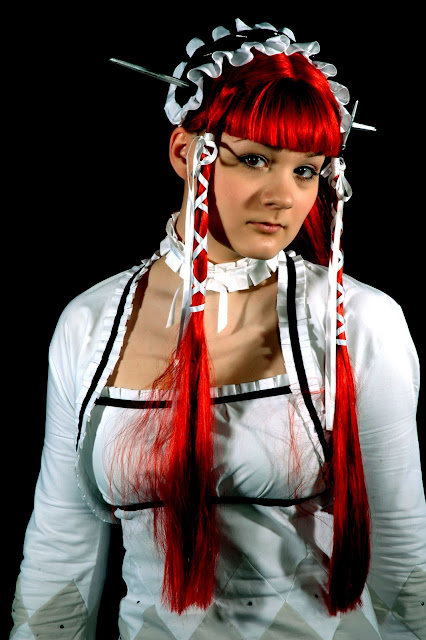 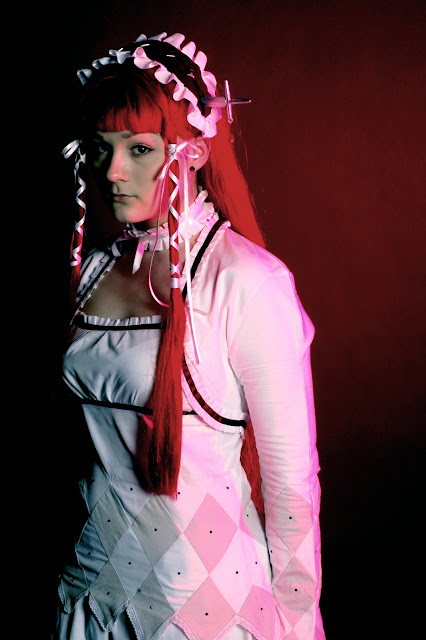 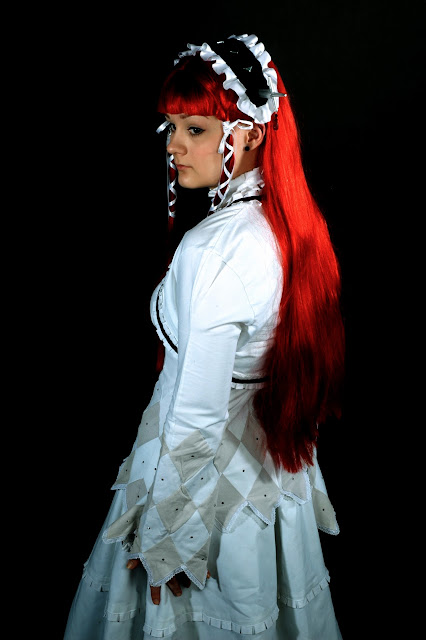 Then I also had another photoshoot in a studio with another cosplayer (as I already mentioned, lol).. :D
She's ninnu-chan and her cosplay is Anarchy Panty, Angel-version (from Panty and Stocking with Garterbelt) :)
Enjoy~ 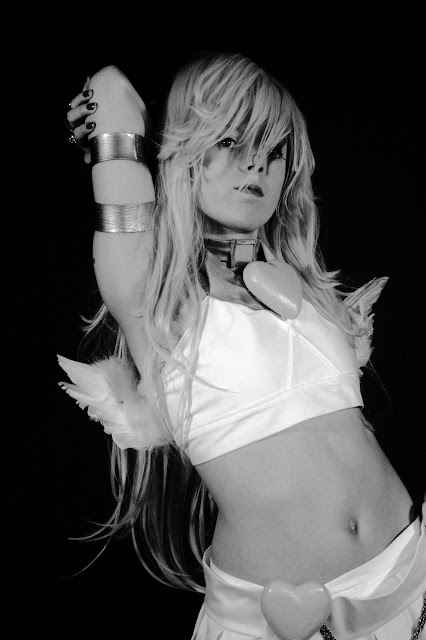 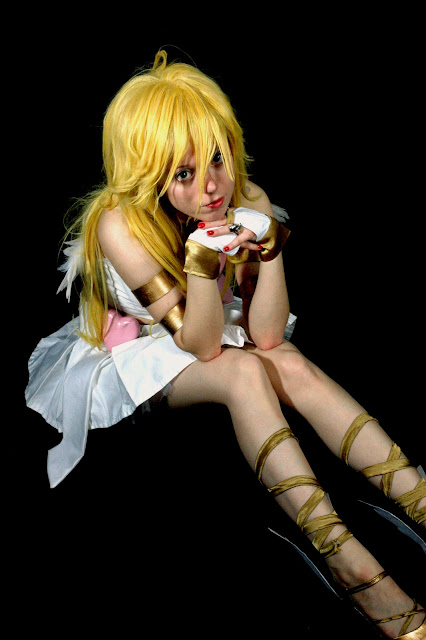 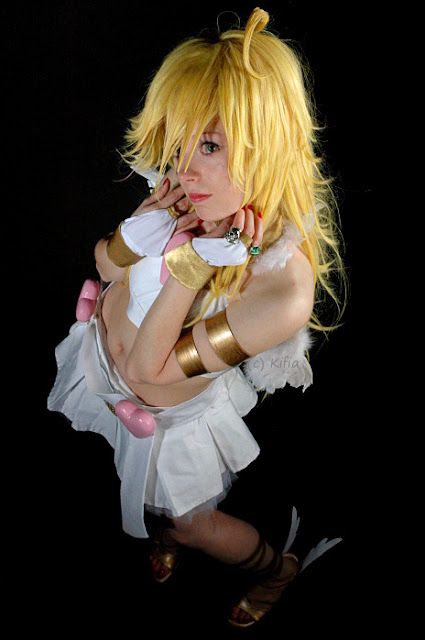 I still have to go through the photos from this shoot (I'm going through them a second time, because I hated the first retouched ones..)
And this is drom the same shoot, but we got a little carried away and well.. This picture was an accident, but a good one, I think :D I really like it :'D 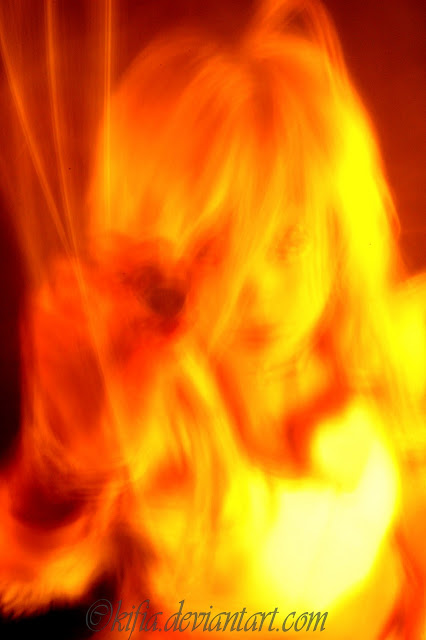 I've also taken other pictures in a studio of some skulls and other ppl, but I'll add those pictures some other time :D
Hopefully you liked these~ 'Till next time~
~Kifia
Lähettänyt Kifia klo 10:01 AM No comments:

Back to posting some old pictures, these were taken at Animecon (14-17.7.2011) Again, I'll introduce all the cosplayers, etc :) So here we go~
Bt, once again, all the costumes are handmade by the cosplayers~
First off with a cosplay from Full Metal Panic? Fumoffu
ninnu-chan as Kyoko Tokiwa

And last but not least, from FullMetal Alchemist there's:
Starblom as Greed
'Till next time and to next photos~
~Kifia
Lähettänyt Kifia klo 8:44 AM No comments:

Hi, this is my first "real time" post :D All these photos was taken today, so they ain't old stuff of mine, but new :D
Sometimes when I go for a walk with my dog I take my camera with me, because you never know, what you may see on the way :) So today I took it with me~
Btw, this is my dog, he is a Chihuahua and his name is Choco.. :) 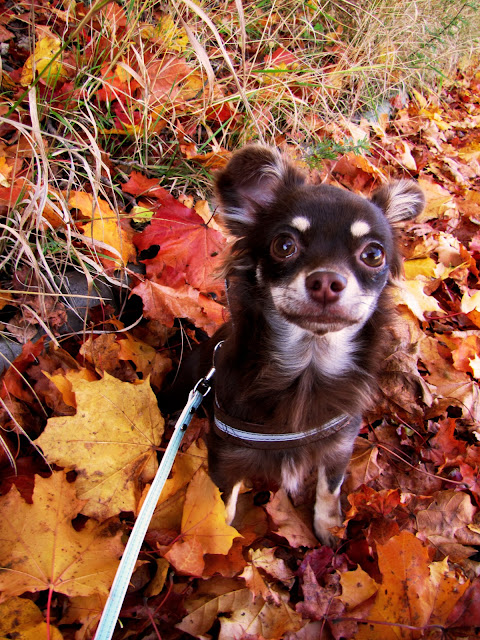 He looks almost like scared :( Well, we got separated of my sis and our 2 other dogs, so he was crying for them and wanted to search them.. :') So cute..
But now to the real photos that I took today and I have to admit that I really like some of them :) 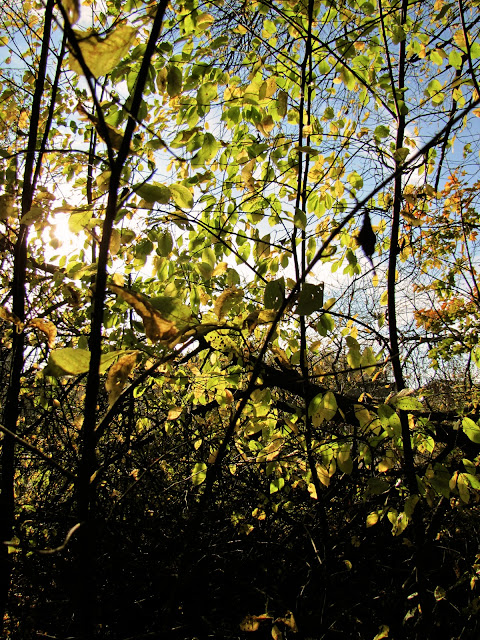 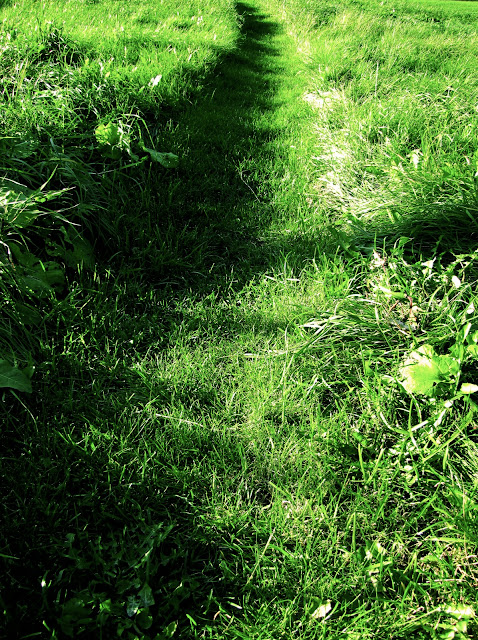 I love this kind of paths on the ground~ 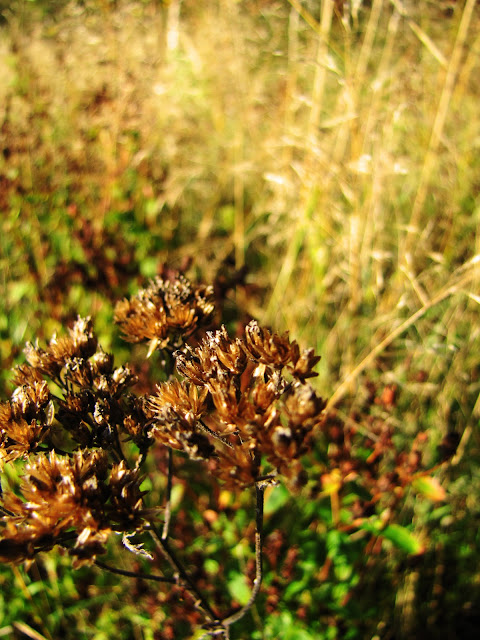 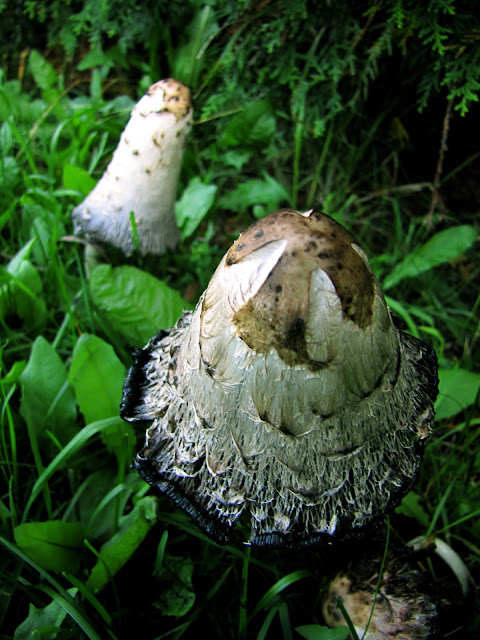 I don't know what kind of mushrooms those are, but those were so interesting with that color and shape.. And that cross over the top was really fascinating.. I guess they are some kind of bell mushrooms.. 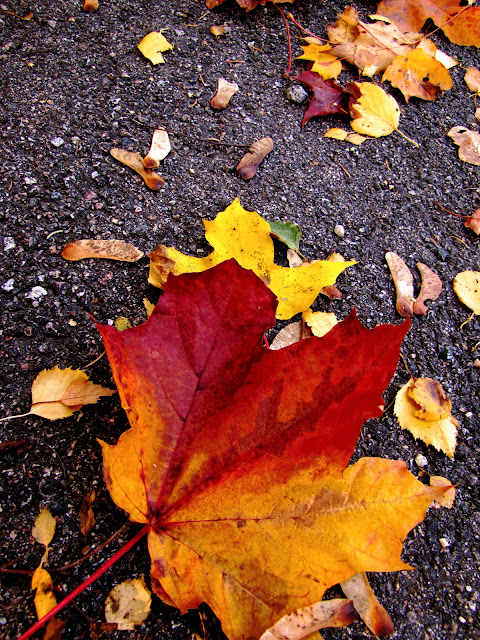 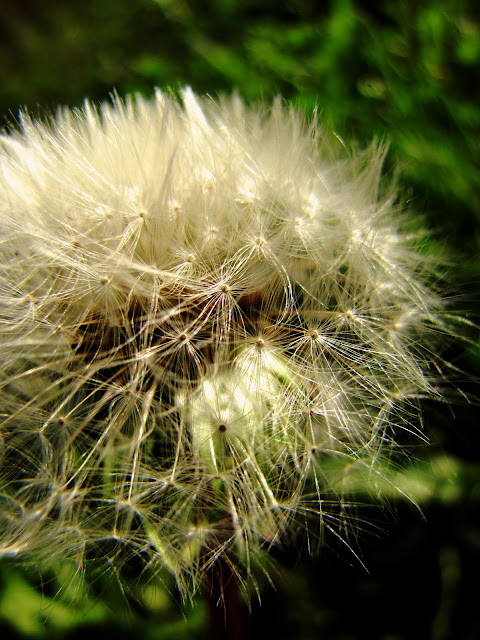 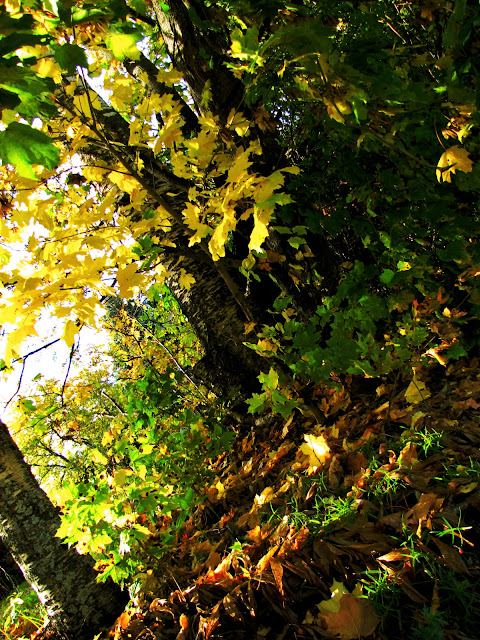 That's it folks~
I love how nature changes when fall comes, everything get so.. colorful.. :) I hate summer with it's greenness, too much green = yuck..
And I can't wait for winter either~ It's my favourite season~ I love the snow, so I guess you'll get to see a lot of winter pictures when the time comes~
~Kifia
Lähettänyt Kifia klo 6:42 PM No comments:

It's time for some convention pictures now~
﻿I went to Desucon this year and yes, I cosplayed myself too, but I also just LOVE to photograph all my friends, so here's some photos I took there :)

Btw, all the costumes are made by the cosplayers!

First there's three friends of mine, that cosplayed from FullMetal Alchemist

Rigetzu as Winry Rockbell
ninnu-chan as Alphonse Elric
Wish4Eternity07 as Edward Elric
﻿ ﻿﻿ ﻿﻿ ﻿﻿ ﻿﻿ ﻿
Then there's one frind of mine cosplaying from Ao No Exorcist
Date as Rin Okumura
﻿ ﻿
Time for some more western~
Rigetzu as Wonder Woman
﻿ ﻿﻿
Then there's
Wish4Eternity07 as Doll﻿
(and this costume is handmade by me!)
﻿ ﻿﻿ ﻿﻿﻿
from Kuroshitsuji
﻿﻿﻿﻿
And last but not﻿ ﻿least there is
miharu as Nami
from One Piece
﻿﻿﻿ ﻿﻿
﻿
Next time I'll post some photos from Animecon 2011~
~Kifia
Lähettänyt Kifia klo 2:23 PM No comments:

Hello again!
Here's some picture's of people this time :)
I've had some photoshoots and I'll post about those individually, but here's all the other picture's that can't be posted like that, so I thought of posting these together :) Hopefully you'll like these~
First there's some picture's of my friend as a lolita :)
Model: Lineartt
Costume is handmade by: Mollamaija
﻿ ﻿﻿
Then there's some pictures of my other friend, first picture is from year 2010 and second is from 2011 winter :)
Model: Laura Rissanen
Corset and skirt (in first picture) are handmade by me
﻿
﻿ ﻿﻿
I also shoot a lot with my sister and brother and I owe them a lot :) Because they have been my models so many times :)
So in these pics there's my sis and bro as models~﻿
﻿
﻿ ﻿﻿ ﻿﻿﻿﻿ ﻿
﻿﻿
And last picture is of a synchronized skating group "The Rockettes" who won the first place in 2011 Synchronized Skating Championships :) I love they're outfits~
﻿
'Till next time~
~Kifia﻿﻿﻿﻿﻿﻿
﻿
Lähettänyt Kifia klo 11:50 AM No comments:

All the photography seen at this blog belongs to me and me only! Do not use any of my work without my permission!

Kifia
Lady in her early twenties, who has a passion for photography!